Get 10% OFF with local pickup!

FREE SHIPPING on orders of $300 or more! 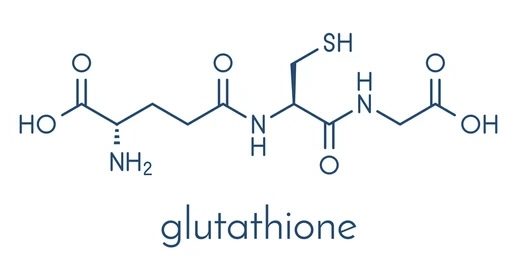 Investigation revealed that kombucha has a wide range of organic and amino acids as well as enzymes that give its extraordinary value. It contains butyric acids that  protect the cellular membrane, nucleic acids, RNA and DNA, which transmit information to the cell on how to perform correctly and regenerate. It also contains amino acids which are constituents of proteins, produced antioxidant enzymes and glutathione; a powerful antioxidant, which provides protection from environmental pollutants (Blanc, 1996, Steiger and Steinegger, 1957). Kombucha contains two groups of microorganisms: Gluconoacetobacter xylinus(“Xylinum”) and yeasts. Xylinum secretes bacterial cellulose through holes in its cell walls. Interestingly, kombucha cultures produce bacterial cellulose more efficiently than cultures of Xylinum alone (Tang, Yang, & Hong, 2012). The bacterial cellulose produced by kombucha cultures has a number of properties that make it potentially useful in medical applications. These properties mean that it acts as a nano-scalefunctional material with a defined three-dimensional structure and a large number of surface-exposed hydroxyl groups, which allow it to form strong non-covalent bonds with water and also a wide range of ions and organic compounds (Zhu, Li, & You, 2008). It has been demonstrated that bacterial cellulose efficiently adsorbs numerous toxic heavy metal ions, including Cu2+, Pb2+, Hg2+, and Cd2+. In addition, it adsorbs a range of non-metallic toxins such as histamines, ammonia and NO2− and formaldehyde (Lu and Guan, 2012, Wang and Zhang, 2011, Zhou et al., 2009).

The present work aimed to study the effects of kombucha tea on the levels of iron, copper, zinc and copper/zinc ratio of brain, spleen and intestine tissue in male albino rats exposed to EMF originating from a commercially available mobile phone.

Male Wister rats; each weighing 120–140 g, were purchased from the animal breeding unit of National Centre for Radiation Research and Technology (NCRRT), Atomic Energy Authority, Cairo, Egypt. They were housed under appropriate conditions of controlled humidity, temperature and light. The study was conducted accordance with the guidelines set by the European Economic Community (EEC) regulations (Revised Directive 86/609/EEC) and approved by the Ethical Committee at NCRRT. All animals were housed collectively (6 animals in each polyethylene cages 30 × 40 × 40 cm – W × L × H).

Microwave device was designed and constructed locally in the Radiation Physics Department; NCRRT; to study the biological effect between 0.01 and 20 GHz. The microwave exposure system consisted of the following main parts:

Two horns antennas, one working as a transmitter and the other as a receiver.

The animals were exposed to microwave 950 MHz at SAR (specific absorption rate) = 0.95 W kg−1 (watts per kilogram) for eight weeks (1 h daily during the light period).

The kombucha was obtained from microbiology lab of the NCRRT where the author is employed. It was grown and maintained in black tea medium (Sai Ram et al., 2000).

Animals exposed to 950 MHz EMF for eight weeks, after the end of the experimental period, each group of animals were sacrificed 24 h post EMF last exposure day. The animals were sacrificed by decapitation; brain, spleen and intestine were removed and stored at −80 °C in glass containers until needed for analysis. To determine the concentrations of iron, copper and zinc, tissue samples were washed thoroughly with doubly distilled water; prepared by ELGA Ultra Pure Water Station (England). The weighed samples were digested by adding mixture of concentrated nitric acid and hydrogen peroxide (H2O2) in 5:1 ratio respectively (IAEA, 1980, p. 379). Samples digestion was carried out with acids at elevated temperature and pressure by using Microwave Sample Preparation; Labstation MLS-1200 (MEGA, Italy). Samples diluted with doubly distilled water to appropriate concentration level (Kingestone & Jassie, 1988, 263 pp.). Iron, zinc and copper were estimated in brain, spleen and intestine. Concentration of elements in tissues was calculated by using calibration curve prepared from their stock solution (1 mg). The concentration of elements per grams wet tissues could be determined by the following equation (Gregus & Klaassen, 1986).

Investigation revealed that kombucha contains amino acids which are constituents of proteins, produced antioxidant enzymes and glutathione; a powerful antioxidant, which provides protection from environmental pollutants (Blanc, 1996, Steiger and Steinegger, 1957). Kombucha cultures contain two groups of symbiotic microbes: Xylinum and yeasts. Xylinum generates bacterial cellulose from ethanol produced by the yeast; bacterial cellulose is an efficient adsorbing agent that will adhere to metals ions and other substances thereby facilitating their removal (Wang & Zhang, 2011). The present results indicated that administration of kombucha to rats exposed to the electromagnetic waves showed amelioration in the studied trace elements homeostasis which may be due to the adsorption effects of bacterial cellulose produced by the kombucha culture. On the other hand, reduced glutathione helps in the reduction of heavy metal ions by accepting electrons (Galhardi et al., 2004).

In conclusion the administration of kombucha to rats exposed to EMW could achieve trace elements homeostasis in different organs.

Results: The effect of oral administration of different doses of K-tea to albino rats was examined and the results indicate that K-tea has no significant toxicity as revealed by various biochemical and histopathological parameters. K-tea has been found to prevent lipid peroxidation and fall in reduced glutathione level when rats were exposed to cold and hypoxia in simulated chamber. Further, K-tea has also been found to decrease the Wrap-restraint faecal pellet output in rats. K-tea has also been found to decrease paracetamol induced hepatotoxicity significantly.

Conclusion: The study shows that K-tea has anti-stress and hepato-protective activities.

Why Fermented Foods are so important in your daily life
August 3, 2020